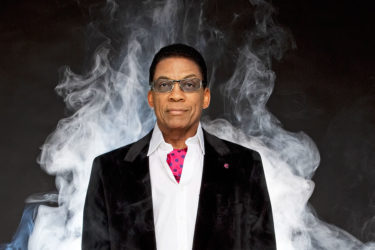 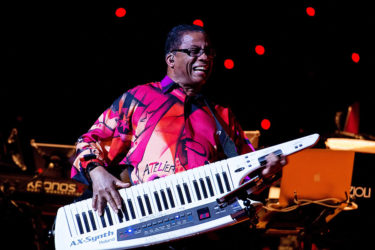 This master pianist is responsible for many fine developments in jazz. He was a sideman for Miles Davis, Wayne Shorter and Bobby Hutcherson. Over his long career he has performed hard bop, but also fusion, funk and electro. He also performed groundbreaking hits in R&B and disco such as “Cantalope Island” and “Rockit”.

A winner of the Grammy award twelve times, he also won an Oscar for his score for the film “Round Midnight”. In 2007, for “River:The Joni Letters” he won a Grammy for Album of the year, an honour which is rarely awarded to a jazz musician.