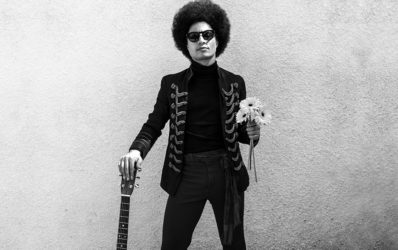 Born in Minneapolis in 1978 and raised in Brooklyn, José James is one of today’s most multi-talented artists. He was discovered in the mid-2000s by London star radio DJ Gilles Peterson. On his 2008 debut album “The Dreamer“, he was accompanied by veteran pianist Junior Mance. James showed his versatility on styles ranging from bebop to hip-hop.

In 2010 he and Belgian pianist Jef Neve honored the work of the great saxophonist John Coltrane, one of Jose’ James’ early inspirations. Their joint album, “For All We Know”, focused on Coltrane’s work with the melancholy singer Johnny Hartmann. The album also drew the attention of the prominent Blue Note Records jazz label. For Blue Note he recorded his breakthrough album, the song collection “No Beginning, No End”. James has been able to produce albums which both highlight his original songwriting talents and pay tribute to his musical idols. With “Yesterday I Had The Blues“, he is inspired by the unforgettable jazz icon Billie Holiday.

His current opus is “Lean On Me” and features scores by the great soul singer Bill Withers. His tributes are sublime variants of the original compositions. From “Grandma´s Hands” and “Ain´t No Sunshine” to “Use Me” and “Lean On Me”, all are rich and intense interpretations of the originals. José James’ vocals can be driving and full-on, but he also knows the right time to reel it in. Such times are true magic.