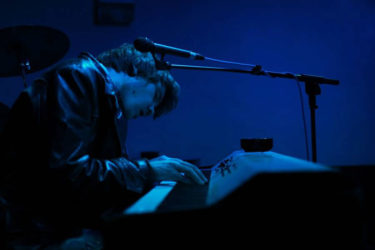 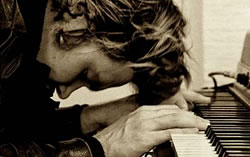 Martin Wolfgang Werner Klein comes from Innsbruck. As a child, he played the cello along with his sister in a string quartet. In the family home there was a piano which he taught himself to play. His mother came from Transylvania in Romania and his mother was from Lienz in East Tyrol. At 15, he played drums in local jazz and Rock bands. He later lived in Vienna and then in Utrecht (Holland).

Inspired by Dutch musicians, he began to write his own songs. He then returned to Vienna to record his debut CD, Songs for my Piano.

After the CD’s release, his songs Don’t Let It Get You Down and On My Way to You received massive airplay on the radio channel FM4. Der Falter called him “Thom Yorke without a backpack and a Maximilian Hecker with an ivory tower”. Der Standard described his music as “sensitive and obsessive art”. The Music Information Center of  Austria called him “one of the most promising representatives of the local singer-songwriter scene.”