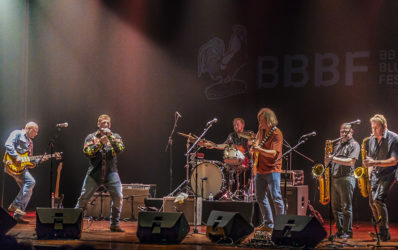 “R’n’B at it’s very best”, “With a jungle blues groove, powered by non-stop energy, this crew is on top!” some critics say about the band around frontman Chris O’Leary. No wonder, because he went through the right education: six years as a singer and accordion player with Levon Helm, the legendary drummer of The Band. For almost ten years now, the former Marine from the Hudson Valley is traveling with his own band.