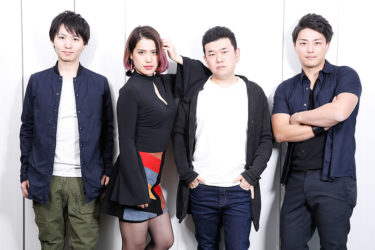 Mahogany Organ All Stars won the Grand Prize Sapporo City Jazz Park Jazz Live Contest 2016 from 361 groups, and is already decided to appear on World Jazz Festivals held in Europe in the summer 2017. M.O.A. is the most anticipated Organ Jazz unit in 2017 and finally their 1st full album with 13 songs was released in April 19th on 2017.

M.O.A. are Ken Yamamoto as a band leader who plays Organ and writes most of the original tunes, Maho Okada, young female drummer who is featured in Jazz scene, Yuta Ishii as a melodic and acclaimed Tenor Saxophone player and Yoichi Suzuki as a guitarist who has own bold and solid style with thumb plucking.